Well, here we are leaping into March!  My children have these circular discussions about whether it would be cool to be born on leap day or not. Would you have four cakes and four presents from everybody to make up for lost time? Would you freeze some cake for the next year’s un-birthday? Could you really say you were only 20 for 4 years, then would you be 21 or 24? Would you pretend you were a day older or a day younger so you could have parties every year? It sure gets complicated; birthdays are serious stuff! I didn’t even tell them about the whole proposal thing yet. 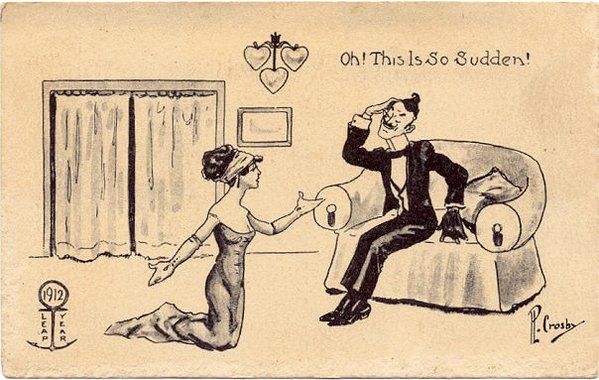 Today was brilliantly sunny and bitterly cold in patches. I looked out the window and saw Rita, all bundled up but playing barefooted on a dirt pile. Later she had her boots on but no coat because the sun was unveiled by the clouds for just a little while. It has real warmth in it these days and we feel in our bones that we have survived.

Recently we watched a documentary called something like  A Year in the Life of a Moose, set in Jasper National Park.  “Boy, this is gonna be one long movie,” Alex said. It started out with calving time and the photographer literally shadowed the mother and baby pair for the entire year, camping and filming to try to see what is decimating the moose population.  We watched two mother/baby sets as they nibbled twigs and dove in lakes to eat water plants and then the snow fell and the danger descended. One day wolf tracks joined the moose tracks and you heard ravens calling and then the little pile of fur and bones that was left from the baby who couldn’t run fast enough to get away through the deep snow. We were all holding our breath. It was such a let down, because he had almost made it to the spring thaw.

Addy caught on that this was in Canada where the bloodthirsty wolves were. I had just read her a story where Anna Hibiscus is going to Canada to visit her grandmother. “Wow,” Addy asserted, “Anna Hibiscus had better be careful!”

Speaking of survival, I just want to take a little time to thank the Lord for coffee and tea, gallons of it, laced with cream.  Then there are candles to light and those amazingly cozy microfiber throws that are for sale everywhere these days, even at Aldi’s. I thank Him for the vitamin D caps that I took regularly during the short grey days, absorbing the internal sunshine. I am grateful for the flowers from the grocery store, the little 88 cent pots of brilliant primroses blooming in a row on my windowsill. There is also this innovation called the heated seat, which removes the discomfort of traveling somewhere in subzero weather. There are books that take me far out of myself and my knotty little problems. Not the least of the things I thank God for is the crowd of friends and loved ones I have who rally around me and cheer me on. Even in February! The truth is that I am so surrounded by ways to keep the wolves at bay that I am embarrassed to complain about cold toes or pale skin.

One thought on “Recap”