I know you all want to hear about our winter camping adventure. Here it is, February, so I can finally tell you about it. I have been saving it up. Actually, I have been doing laundry and washing road salt off Rubbermaid totes and spending three days in the company of a whiny stomach bug. Also I have been teaching cursive E and hosting company and reading aloud every day. I have been learning to stop abusing the ellipses. I badly wanted to insert one there, but Grammarly rapped my knuckles.

When I told my friend Amy that we are going camping in January, she said, “That’s not vacation!” I think she may have been referring to the facilities, or lack of them. Here is why we camp in state parks despite that objection, in 5 handy-dandy reasons:

There you have it, my nice, attention grabbing title and a list. Is there anything you would like to add?

There is also this image, poached off the internet, of the dam at Parker Dam State Park, although when we were there the water was quite frozen and the entire 20 acre lake would have been fine for skating. 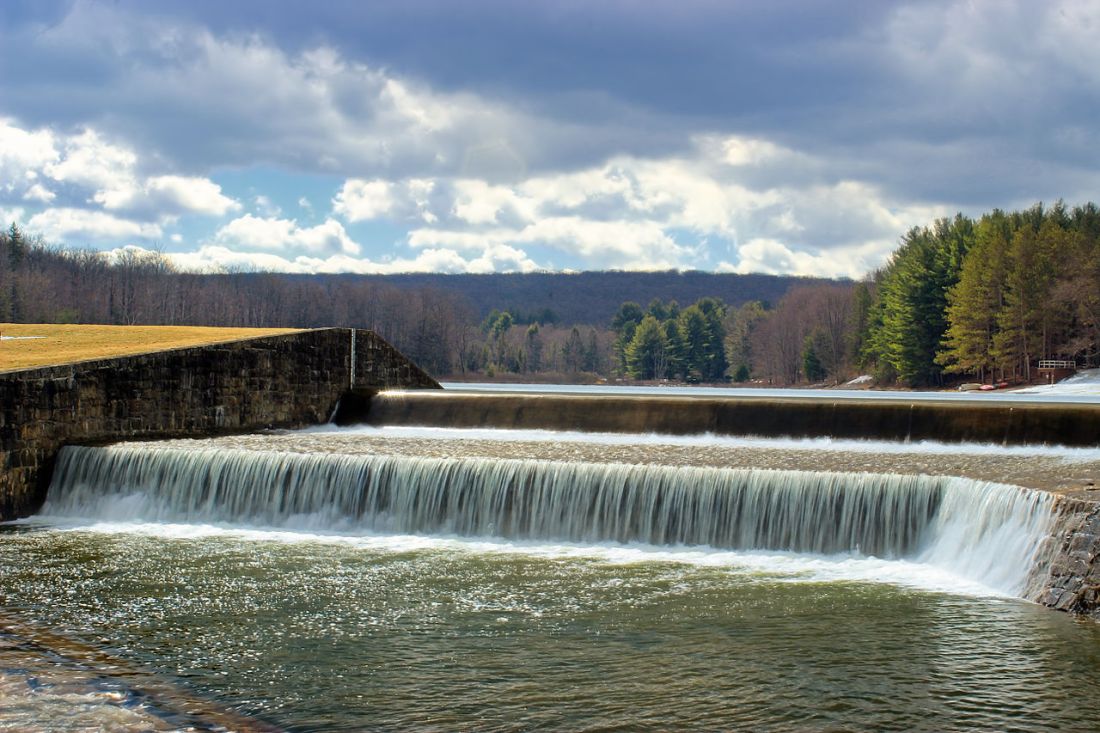