My blogging friend, Luci, who writes over at Properties of Light, suggested that posting every 15 pictures from my cell phone would give a good overview of the summer. I looked through mine and saw that quite a few of them were taken by my children, but it really is a summary of the last few months. I did as she suggested, taking them at face value. I left them uncropped and unedited because that is life in its ordinary glory. 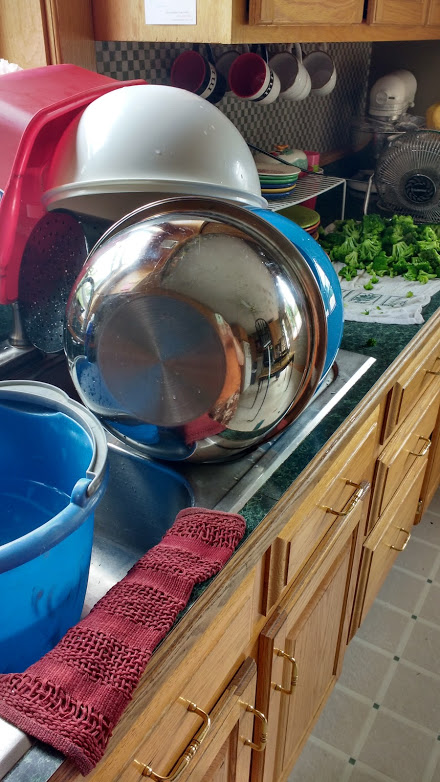 I don’t know why I have a photo of the stack of dishes after we processed broccoli, but it does illustrate some stacking skills. Also, you may notice that I have started to cool blanched vegetables with a fan instead of in cold water, because they stay loose in the freezer bags, instead of all in a solid frozen chunk. That is my bit of loving trivia sharing for the day.

It has been a while since berry season, but the bottom is a sugar-free, low-carb, black-bean brownie dessert I made to share with my parents. It was good, despite everything one could say in objection to the unconventional ingredients. Above it is a pan of Black Forest Brownies, which is something we invented to elevate boxed brownies. (Not that they really need elevating.) You simply pour cherry pie filling over brownie batter and bake it. Also quite good.

This would be a kid photo, where the cousins were munching blueberries straight out of the boxes, unwashed. Gasp! It’s a good thing someone took a photo, because I had no idea where those stray wrinkled berries in the corners of their room came from. I still don’t know who is the shy child hiding under the blanket. 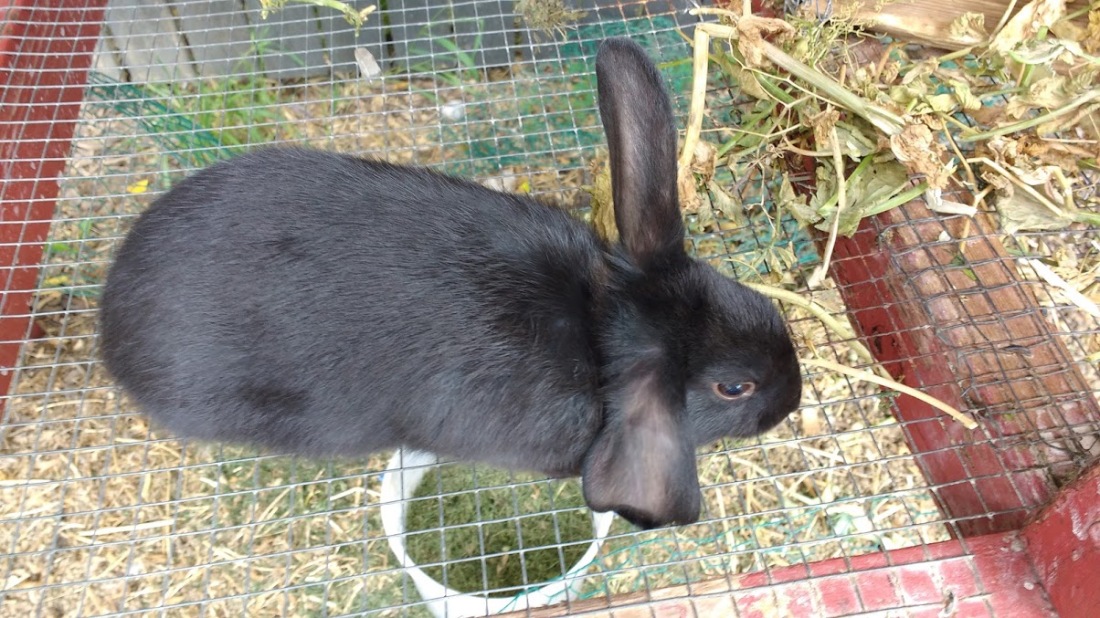 This is Ben, the very last bunny out of a litter of 8. He got held so much after all his siblings were sold that he turned into a tame little furball. Then he got rangy and adolescent, with not enough body fat to be cute, but the girls all mourned when he got his new home.

The curtain again. I rejoice to say that the bobbles are still intact. 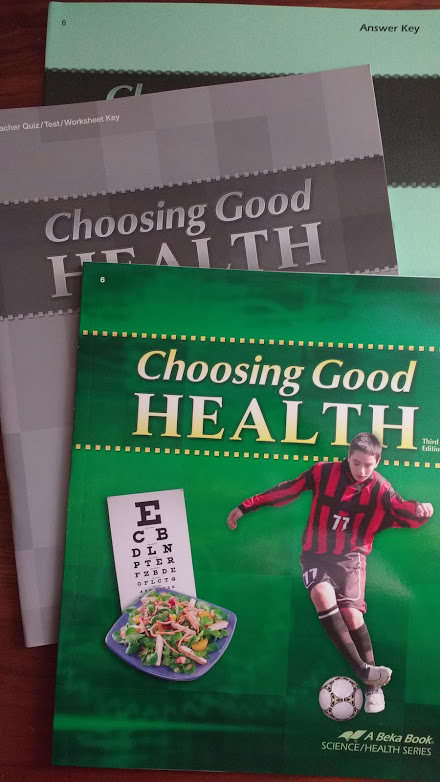 I have a lot of cell phone photos of curriculum. I sold this lot on Ebay or Amazon. We get the package deal when we buy our stuff for the new year because it is much cheaper that way. Then we sell the new stuff that is repeat copies of books in storage from when a previous child did the course.

First day of sixth grade for Gregory. We started the school year in the beginning of August because we needed some days stockpiled to take off time later. I wished the 15th photo would have landed on Addy’s picture, because she was so thrilled to be official that she just beamed. K5 is still a blast for her. She is whisking through her course with great speed and determination, as evidenced by the already-dull and broken crayons and the great arch of cut-and-paste projects she tapes up around her desk.

We now have electricity in our barn! At one point these guys had seven trucks in our driveway. The man in the cherry picker bucket did the work and one lackey on the ground fetched for him. The rest stood around a truck and chewed the fat.

Naptime, and the book she chose for her story. She has a strategy that involves finding the longest book she can, then wiggling to stay awake. This child likes non-fiction better than stories. We read a lot of Usborne science and history books at naptime, and I cannot skip a single flap to lift. 🙂 On the upside, I learn bits of trivia too. If only I could retain the information the way the children do!

Here we have a vast expanse of kitchen floor and a little girl who fell asleep between the bathroom and her bedroom. This was after an exhausting weekend of running and playing with cousins at Grandpa’s house. She didn’t even wake up when I hoisted her into the top bunk. 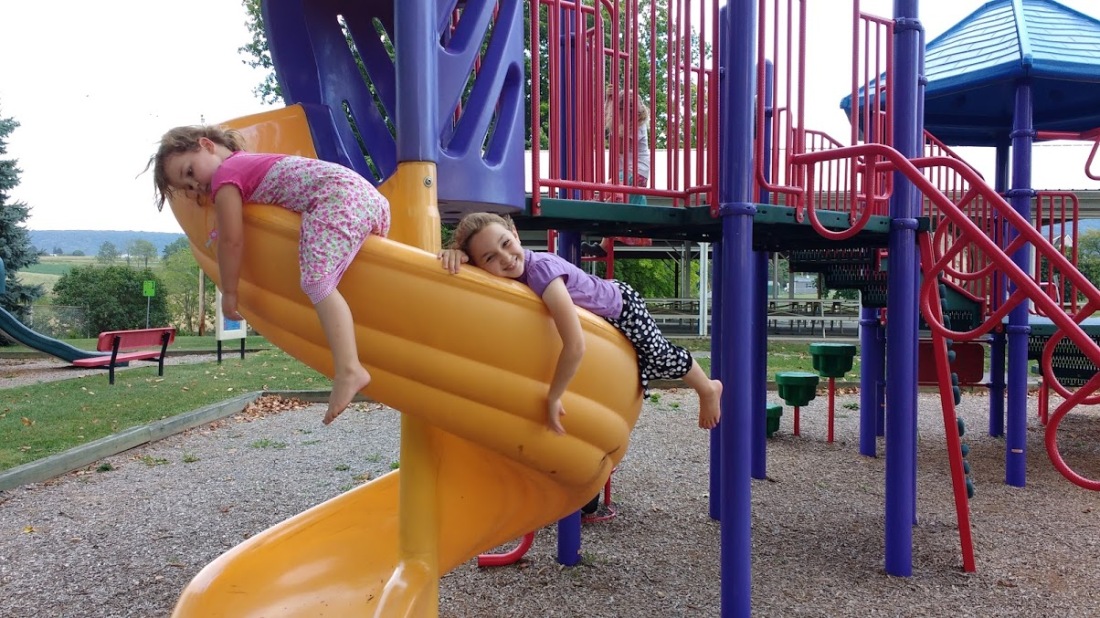 Alex’s guitar teacher lives next to this lovely little park, where the rest of us sometimes hang out while he does his lesson.

Th bike round-up again, on the first time ever that we all biked around the lake on our own steam. I still can’t quite believe nobody is in a stroller. Not even any training wheels! 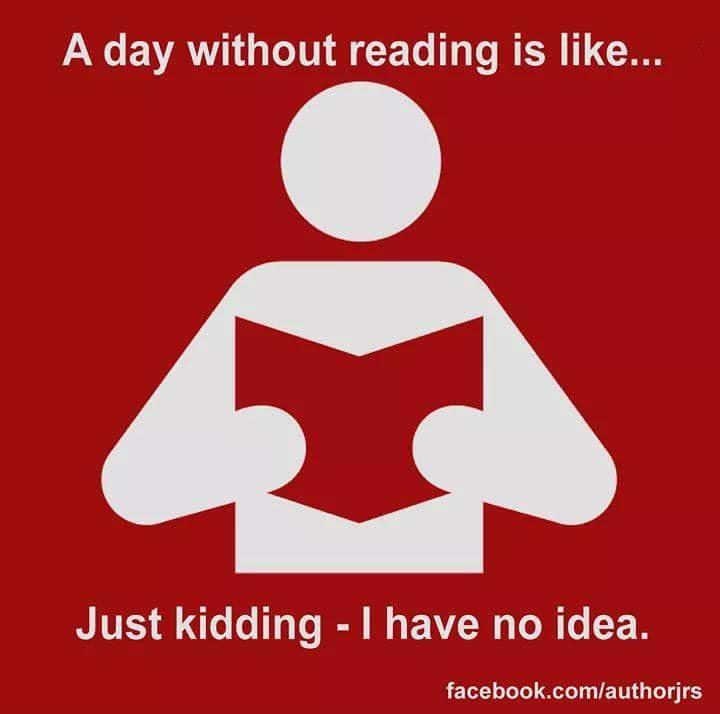 I just liked this and saved it off Facebook one day. It’s how I live.

Olivia had a birthday and Alex grabbed my phone to take some photos, even though I had the real camera and a better angle. I like the expressions of the un-birthday kids, and the birthday china.

The last phone pic is a book I got for a quarter, then discovered I already have it and I wanted to ask my sister if she wants it.  (On a side note, I recommend that you read any of the books in the No. 1 Ladies’ Detective Agency Series.)

Life is like that, isn’t it? Not all pretty and pinteresty, but full of moments that pile up and make it, what’s the word? Full.

Thanks for the challenge, Luci. 🙂

One thought on “Every 15 Photos”